Serving as our Teaching Pastor at First Baptist Church Rockville is Garry Jones.   Prior to this position, Garry served as a Church Planting Catalyst with the State Convention of Baptists of Indiana, serving over 60 churches in the western region of the state. He has previously served on a church staff as minister of education and as a strategy coordinator for the International Mission Board in Queretaro, Mexico.

Garry has a B.A. from Indiana Christian University and has attended the Southern Baptist Theological Seminary. He and his wife, Lori, have two adult sons four grandchildren.  He is passionate about the growth of the church and the direction of the Holy Spirit, and this passion is evident in his ministry.  We are grateful for his leadership and are excited to see God using him to help us impact Rockville and the surrounding area for God’s Kingdom! 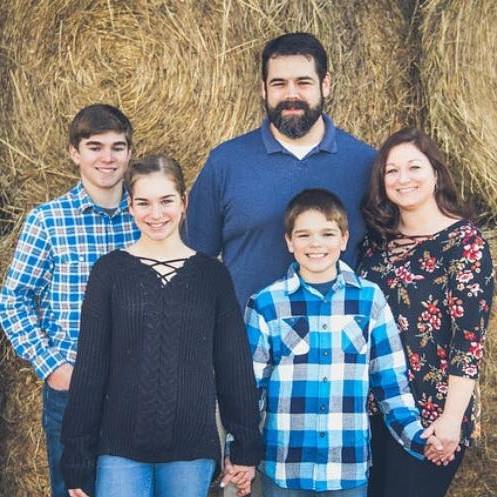 I have been married to my high school sweetheart, Julie, since June of 2000. We grew up just outside of Memphis, TN in a small, military town where we met and fell in love while serving in our church’s youth program. We now have three terrific kids, Wyatt (15), Ava (13), and Mason (10). God has continuously shown Himself to be faithful in all he has called us to do, and proves Himself over and over again.

I started playing guitar when I was 13 after hearing Stevie Ray Vaughan for the first time. I instantly fell in love with the instrument and had lofty goals of being a rock star. God called me out of that pursuit and into gospel ministry, where I have been blessed to be able to use the gift of music to the glory of God.

I am a recent graduate of Liberty Baptist Theological Seminary (M.Div.). I previously graduated from Liberty University with a B.A. in Biblical Studies and a minor in Global Studies and Missions. I am dedicated to the inerrancy of the Scriptures, the uniqueness and supremacy of Christ, the necessity of salvation of people in Christ alone, by faith alone, through grace alone, and the responsibility of intentional discipleship to continue the ministry of reconciliation to all people (2 Cor. 5:18). I am committed to raising up and training leaders from within a congregation to carry out the ministry. I believe it is the responsibility of the current generation to equip the next generation to take up the cause of Christ and run, making sure they are thoroughly prepared and qualified to succeed in fulfilling the Great Commission (2 Timothy 2:2). It is my belief that through effective disciple making (guiding people to spiritual maturity and then for them to do what they have been called to do) the congregation will move from spectators in a weekly service, to participants in fulfilling the Great Commission; making disciples to the very ends of the earth until the very end of time.

I served at Grace Community Church in Memphis, TN for nearly seven years as an associate/worship pastor. Most recently, I served alongside Dr. Dan Mitchell at the Lighthouse Community Fellowship in downtown Lynchburg, Va. as the worship leader. The Lighthouse is an inner-city mission, driven to seek out those who have been marginalized by society (i.e. the homeless, the elderly, the mentally ill, women trapped in human trafficking, etc.) and show them the power of the Gospel and the freedom from bondage that is found only in Christ.